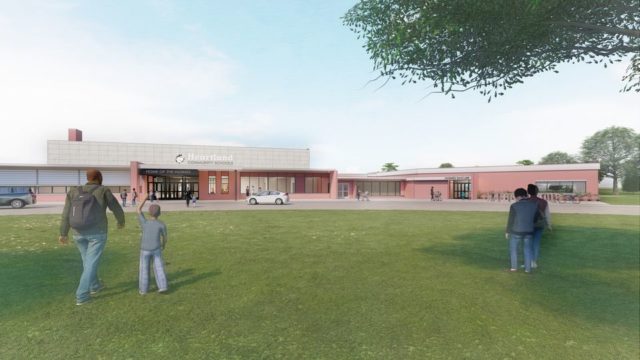 Heartland Community Schools of Henderson, Nebraska released plans for a Bond Election in mid-April of 2022.

This process started last spring when the school board hired Clark and Enerson to conduct a facility study. In a city where the population hits just above 1,000, people ask the question, why now?

Heartland has seen a steady increase in enrollment over just 10 years which opens many questions and concerns such as front entrance renovation for security.

The last time there were updates to different areas of the building was nearly 40 years ago.

Lacey Gloystein, Heartland Community Schools board member says, “if approved the work is projected to start in the fall of this year; this information is also available on the school’s website under facility improvement considerations.” Gloystein said.

Additional classrooms to provide space for changes in instructional strategies, with the student increase over the years faculty have noticed a lack of space for students to learn, so much in fact that staff is currently needing to meet with students in hallways and small offices.

Among the security needs Heartland has for their students, they’re also aware of the updates that need to happen in the future.

The Bond Election would allow the school new locker rooms, ADA accessible weight room, and an activities entrance to connect the shop to the main building, along with air conditioning and bleacher replacement in the north gymnasium. The current cost for updates is estimated at around $5,690,000.

“There are many reasons why I feel this is a good change, ultimately this is for the students and it’s important to me that each improvement would benefit them,” Gloystein said.

The need for additional daycare options within the community has been brought up as well as an expansion of our pre-school program.

This would include a space for three and four years old’s, as far as the daycare, children six weeks old to school age would be able to attend. The daycare would cost $1,370,000.

According to the Heartland Community Schools, Facility Improvement Considerations page, if the bond for school improvements goes through, $5.69 million financed over 20 years which would result in an additional 5.9 cent levy per $100,000 of property.

Gloystein also states that it’s important for the communities of Bradshaw and Henderson to vote whether or not you have a child in school.

“Absolutely, it’s important to me that the communities of Bradshaw and Henderson make this decision together, this is their investment and their choice,” Gloystein said.