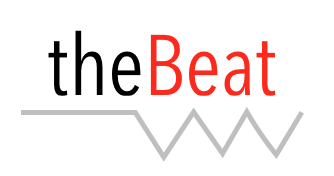 Quote of the Day— “It’s a struggle to make a profit.” –Norm Yoder, Henderson Food Mart board member

It’s plain and simple—if we want to enjoy the luxury of having a grocery store in town, we need to support it. It was only a few years ago that a group of local investors organized and saved the local grocery store—Henderson Food Mart from disappearing. With the help of 47 investors, some necessary physical improvements to the store were made such as new freezers, laminate flooring, and fresh paint, as well as streamlining the overall organization of the store.

The addition of the Hunt Brothers Pizza and the quick stop area with fountain drinks, coffee, pastries, and snacks was a great idea. If you need a quick meal, the Food Mart sells tacos on Taco Tuesday every week for lunch.

Keeping our local grocery store is a MUST. It’s time for a community reminder that in order to retain this valuable asset, we need to be intentional about shopping locally.

When the store was reorganized, a board of six was chosen to oversee the management of the Food Mart. Jim Mestl and Norm Yoder are the two “go-to” directors who are closely involved in the operation of the store. “It’s a struggle to make a profit,” said Yoder. “We just want to encourage everyone to shop locally. If we don’t have an item you need, tell our store manager Julie Smith and we’ll try and get it,” he said.

We all go out of town to do a lot of shopping, and it’s not realistic to believe that most of us will stop making runs to Walmart or our other larger grocery stores in the area. But I challenge you to try this:  Prior to leaving town for groceries, stop at the Henderson Food Mart first. I’ve been experimenting with this for a few weeks and on an average I spend $30-40 in town before I go out of town. This is in addition to my other weekly shopping that I do at the Food Mart.

Fun in the sun! The Henderson Aquatic Center officially opened on Saturday, May 26, with temperatures in the upper 90’s making for a very busy opening weekend. The aquatic center is sporting new outdoor lighting, a freshly painted bathhouse and kiddie slide, and new snazzy rustproof restroom stalls. Red Cross group lessons are in full swing for the next few weeks but private lessons can be arranged as well. Adult swim times are 11:30 AM-1:00 PM and 5:30-6:00 PM on weekdays. Find their Facebook page for up-to-date announcements and to find out if the pool is open when the weather looks iffy.

What to say when your kids are bored?

It’s located at the home of Jay & Joanne Garrison at 830 S. 15th St. Jay’s wife Joanne gave it to him for Christmas a few years ago and he says “it’s the best Christmas present ever.” He keeps it stocked with mainly elementary and junior high level books, but anyone is free to exchange or leave their own books in the Little Free Library.

Their Little Free Library is located on the corner of Birch and 15th Street, so it is very accessible. It’s an inviting spot to stop and peruse the books with the stone steps leading to the library, outdoor seating, and nice shade trees. Every few weeks, Jay will set up a table with adult books that he gives away. I personally can’t pass up a free book, so I’ve taken a few books off of the free table.

Jay is a longtime English teacher who loves books and enjoys watching and interacting with many of the kids and adults who participate in their Little Free Library since he put it up last summer. So far it’s the only one in Henderson, but he hopes more folks will be inspired to create their own Little Free Library. Go to www.littlefreelibrary.org to learn more about how it works and see the link showing on the map the location and picture of the Garrison’s Little Free Library.

The City of Henderson for completing another great play structure for the kids at the former sand volleyball court next to the baseball fields. When the baseball/softball leagues are in full swing (pun intended), Parkview Street is very congested and sometimes a dangerous street to cross. With the addition of the new play structure, kids won’t have to cross the street to go play at the Lakeview Park playground. Great idea! This switch-a-roo made possible the relocation of the sand volleyball court next to the pool that is complete with beaches of sand and outdoor lighting. Dig that!

The Red Umbrella by Christina Diaz Gonzalez is great story about a family struggling to adjust to the early 1960’s Fidel Castro revolution in Cuba that upset their quiet way of life. Fourteen-year-old Lucia Alvarez and her younger brother are faced with their parents’ difficult decision to send them to the United States in what was called Operation Pedro Pan. The book successfully portrays the dilemma many parents faced who feared their children would be indoctrinated as Communists or worse yet, taken from their homes to be raised in revolutionary camps. Lucia’s parents managed to purchase the plane tickets and arrange for Lucia and her younger brother to depart for Miami all alone. Of all places, they are eventually placed in a rural farm home outside of Grand Island, Nebraska! Seen through the eyes of a young teenager, Lucia and her brother’s journey was filled with many fears, challenges, and hope for reuniting with their family. This is a great first novel by Gonzalez who wrote this fictional story based on her own parents and in-laws experience with Operation Pedro Pan.

The teenagers swimming at the pool were overheard talking a lot of flubdub. 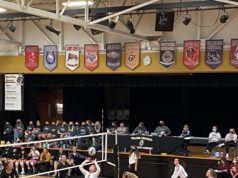 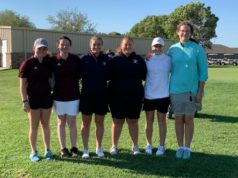 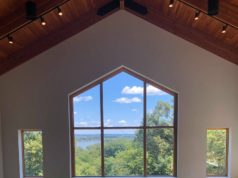