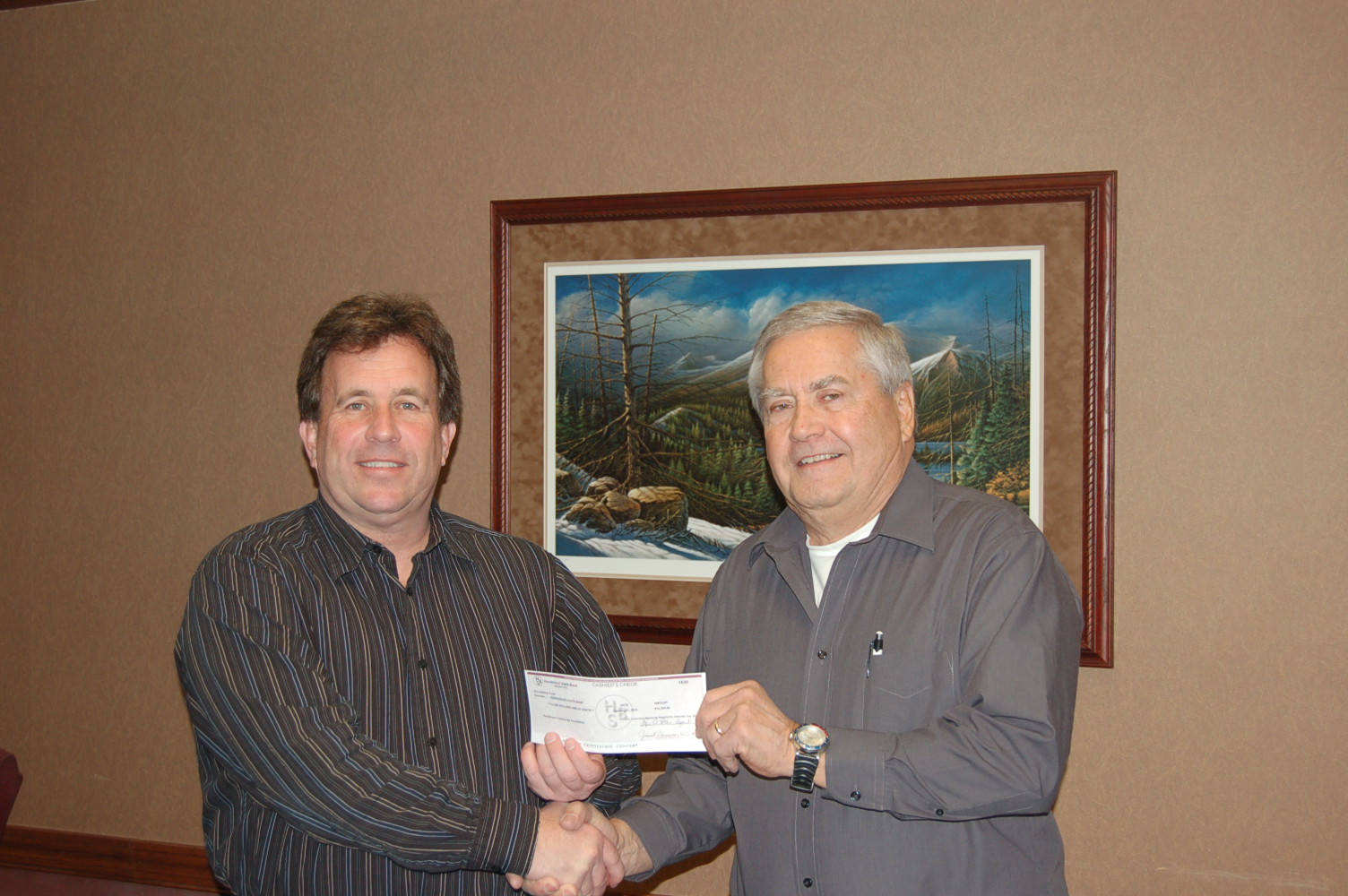 In addition to this large donation, the HCF Board was able to raise funds over the past 4 years through golf tournaments, meals at the Henderson Farmers Market, and soliciting individual donations. Henderson Health Care also helped out by making an $8,800 from the â€œNow you See it Now you Donâ€™tâ€ Fundraiser last fall.

All of the money raised, $50,246.24 in total, will go to scholarships for students at Heartland Community Schools.Â  This scholarship is focused on those students expressing an interest to return to the communities of Henderson or Bradshaw following their college career as indicated in an essay with the scholarship application.

Thank you to everyone who donated to this fundraising campaign and helped the foundation reach their goal.