Ice Storm: Last week’s ice storm caused a great deal of damage to area trees and property from tree branches and trees falling. The process of clean up continues. Some trees, such as oaks, red and silver maples still had leaves when the ice hit, adding to ice accumulation. If a tree has sustained trunk failure, been uprooted, or has 50% or more broken branches, the tree should be removed immediately. Many trees had branches that bent under the tremendous ice load. Because these limbs bent instead of broke under the load suggests they have good structural integrity. When bending occurred in the lower 1/3 of the trunk (particularly in young trees), internal cracks may have occurred creating a point of weakness in the future. Support can be provided by staking small trees while they grow and strengthen the trunk.

Corrective pruning can help with trees that lost less than 50% of their branches (and don’t have additional issues such as significant decay). The pruning should be done to balance the limbs on all sides of the tree canopy (crown). Prune broken branches to the next larger branch or to the trunk. Cut at the collar area instead of flush to the trunk to aid the tree in healing. Cut large limbs in stages. With one cut, a branch often breaks before it’s completely cut, causing damage to the tree bark. Instead, as explained by K-State, “take a cut around 15” from the trunk. Start from the bottom and cut one-third of the way up through the limb. Make the second cut from the top down but start 2 inches further away from the trunk than the first. The branch will break away as you make the second cut. The third cut, made at the collar area, removes the stub that is left.” More information can be found at this resource from K-State: https://go.unl.edu/nsu9.

York County Corn Grower Plot results can be found at: https://jenreesources.com/2020/11/06/2020-results-york-county-corn-grower-plot/. Special thanks to Ron and Brad Makovicka for hosting and to all our seed corn companies who participated!

Soybean Varieties: Seth Naeve, University of Minnesota shared that compared to lower yielding varieties, highest yielding varieties produce between 20 to 40% greater yields. Thus, variety selection is the greatest factor for impacting soybean yield. Third-party information is somewhat limited in Nebraska, and not all companies participate in third-party trials. If there’s interest around a soybean grower plot in the area (particularly someone willing to host this), please let me know. Some third-party resources include: F.I.R.S.T  Soybean Testing Program (https://www.firstseedtests.com/), and data from Universities such as Iowa State, K-State, South Dakota State, and Missouri. Seed companies also have numerous locations with data. When possible, look at how a variety performs over multiple years at multiple locations.

There’s also been a shift to using more Group 2 soybeans in the area. Reasons include spreading out harvest, opportunity for planting cover crops for greater fall growth, and spreading risk from weather events. We now have 9 site-years worth of on-farm research studies conducted in Seward and York counties where it’s shown no yield differences between specific high-yielding Group 2 and 3 varieties when planted early (April through first week of May). Thus, the improvement in soybean genetics provides opportunity to plant shorter season varieties for our part of the State. For non-irrigated fields, heat and lack of rain in August can impact shorter and longer season varieties differently, depending on when the stress occurs and the timing of that stress. We especially saw this in 2020 with a hot, dry August. Some growers felt their shorter season varieties did better because they were nearly mature at time of stress while others felt their longer season varieties benefited from rains after Labor Day. So in selecting soybean varieties for 2021, choose higher yielding varieties with disease tolerance/resistance for the specific field, plant early and consider planting a range of maturities to increase yields, mitigate risk, and spread out harvest. 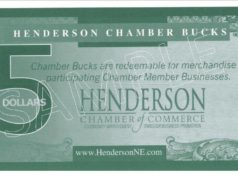