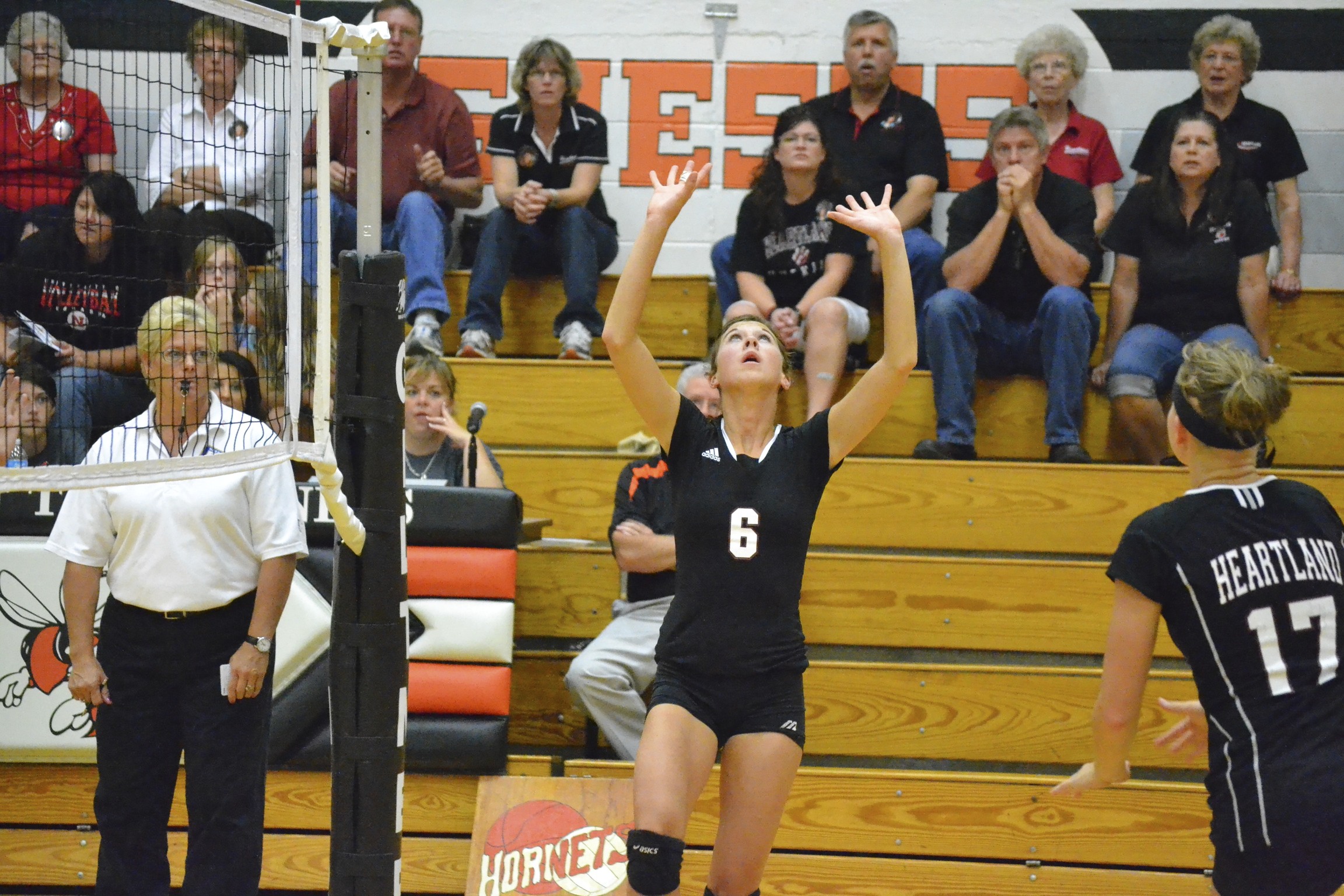 Despite a slow start at the Giltner Triangular, the Huskie Volleyball team picked up the momentum and brought home victories in both of theirÂ match-upsÂ against Giltner and Doniphan-Trumbull last night.

The Huskies started off the Triangular facing the home team, Giltner. Â Giltner is a D-2 ranked #4 team and the Huskies did not get the jump start they wanted. Â Their game flow was a bit off and they ended up dropping the first set 13-25. Â The Huskies had to make some improvements in their play to come back from the deficit and beat the Hornets and they did just that. Â They started to bring the momentum back on their side and took the game from the Hornets in the next two sets, 25-23 and 25-21.

The Huskies took that momentum right into the next game against the Doniphan-Trumbull Cardinals. Â The team pulled together and never let up as they beat the Cardinals handeley in two sets: 25-13, 25-17.

The Huskies will be back on the court Thursday night at Milford to play in the Milford Triangular against Milford and Superior. Â The Triangular starts at 5:30pm, with games at 5:30/6:30/7:30pm. Be sure to follow our LIVE blog on the Huskie Sports Network. 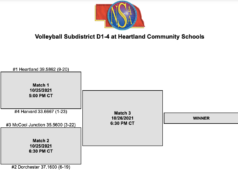