Home Living Some Bigger, None Better: Positives in a Pandemic | Brandon & Malaina... 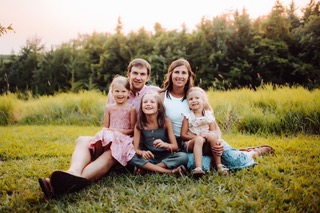 POSITIVES IN A PANDEMIC:  How has the community of Henderson, Nebraska with a population hovering close to 1,000 reaped rewards from the COVID-19 Pandemic? This is the second in a series about how the pandemic has positively affected Henderson due to the acceptance of working from home and lifestyle changes.

Brandon & Malaina (Huebert) Schlautman moved to Henderson last July from Lindsborg, Kansas. Malaina is a 2008 Heartland graduate who always dreamed of living on her grandparents’ farmstead just on the north edge of town. Her dream came true due to the effects of the pandemic the past two years.

She and Brandon met while attending Wesleyan University in Lincoln where they both competed in track and cross country. Brandon grew up in Lincoln, Nebraska where he attended Pius X High School. They were married about ten years ago and first lived in Wisconsin for four years before locating in Kansas for Brandon’s job.

He is the lead scientist for The Land Institute breeder program and works as a plant breeder and plant geneticist. “A lot of my work is helping to establish and build collaborations with other researchers at universities and public and private institutions,” said Brandon. In addition, he writes grants and leads a field research team so he does some traveling to fields in Kansas and other areas during the summer.

While living in Lindsborg, he had a 20-mile commute to his office in Salina, Kansas before the pandemic hit. Like many, due to the pandemic, he began working remotely from home. “The first thing I did was buy a standing desk so it really went pretty smoothly for me. I’m convinced I get twice as much done working remotely,” said Brandon.

The timing was perfect for their move to Henderson. Malaina’s grandparents, John and Adeline Huebert, were ready to move to town and downsize. The Schlautmans made the decision to purchase the family homeplace and moved to Henderson with their three daughters–-Sophie age 8, Emmie age 6, and Maggie age 4.

They both love being closer to family and enjoy their support while raising their girls. Working part-time wasn’t a good option for Malaina in Lindsborg because of the unavailability of part-time child care and the expense of paying for full-time daycare with a part-time job according to Malaina. After moving to Henderson, she took a part-time job at Henderson Healthmart and both of her grandmothers and mother take turns watching her youngest while she works.

Brandon makes a weekly trip to visit the office in Salina, but he doesn’t mind the commute since he was already traveling every day when they lived in Lindsborg. “I still like to visit the office and see people, but I work better with fewer interruptions at home,” said Brandon.

Currently, they are involved in an extensive remodeling project on the second floor of their home and look forward to finishing it so their girls can use the bedrooms upstairs. Their children have adjusted to the move and like having so many relatives nearby and “love it when people know who they are,” said Malaina.

Malaina has another dream for her future in Henderson–starting a cross country program at Heartland Community School. She was an outstanding long-distance runner in high school and college and would like for her daughters to have an opportunity to pursue cross country when they are older. Go for it Malaina!

Meanwhile, they both have many projects to complete in their new home and look forward to getting involved in the community.

Stay tuned for the next article in our series about another family who relocated here in the Heartland due to the ability to work virtually. 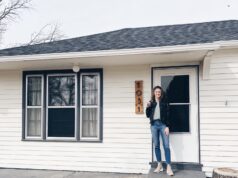 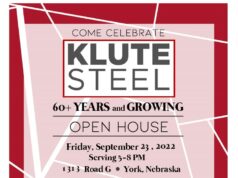