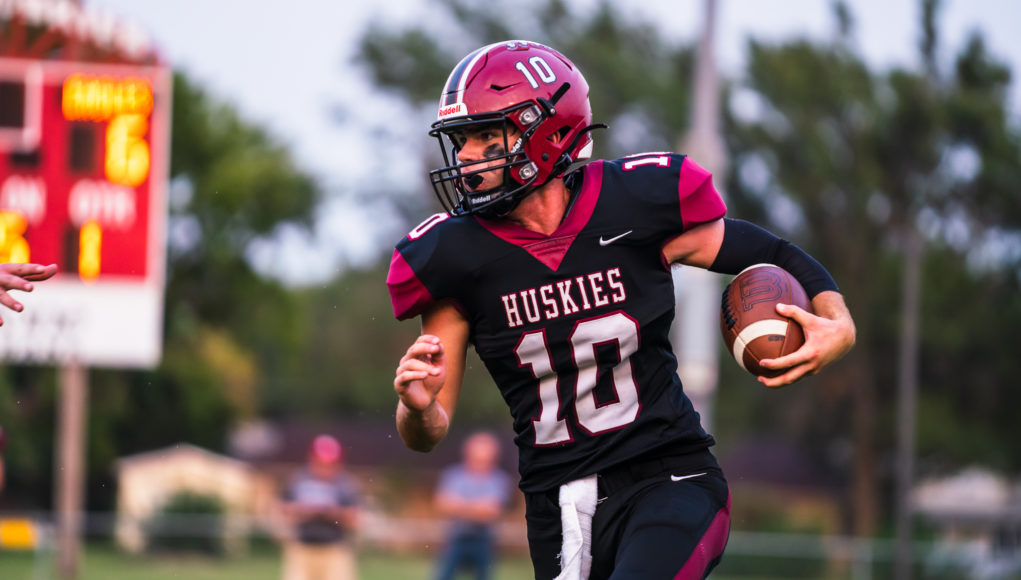 On Monday, September 13, Elizabeth Mestl placed 1st in the Fairbury meet. She won with a score of 83. The Huskies competed against teams from Beatrice, Crete, Fairbury, HTRS, Seward, Syracuse, and Tri-County.

Volleyball
The Heartland Volleyball Team played in their own gym for the first time this season last Thursday. They faced a strong Thayer Central Team losing in three sets.

Ella Friesen had three kills for the Huskies and one serving ace. Hayden Mierau led with 12 digs and 10 assists.

Football
It was a beautiful Friday night for the Huskies to host their first home football game. Unfortunately, Nebraska Christian was able to pull a 28-14 win over Heartland.

Quarterback Trev Peters passed for 26 yards and rushed for 113. Kale Wetjen had 10 carries for 44 yards. For receptions, Trajan Arbuck led with three catches for 12 yards. Dawson Ohrt tallied up five tackles and Zach Quiring had four. This Friday, the boys will play away at Southern.

Friday night ended with a “Meet the Huskies” event from the booster club where fans could get ice cream, necklaces, balls, pictures, and autographs from the Huskies in fall sports.