Fall Armyworms: Received numerous reports of fall armyworm damage this past week from Kansas-Nebraska state line north to York. Damage was occurring in new alfalfa seedings in addition to established alfalfa, a new triticale seeding, and several lawns. With moths still being observed, we may see fall armyworms around for a few weeks yet, so it would be wise to be watching any alfalfa, wheat, rye, triticale and lawns for them. There’s no good way of knowing where they’ll appear; it’s all based on where the moth chooses to lay her eggs. Several reports of one field affected while the field next to it is fine. Same with lawns. Egg masses are fuzzy white masses that can include up to 200 caterpillars and the eggs can hatch in 2-5 days. Newly hatched larvae will be thin and often black/gray in color. I have some pictures from my colleague Jody Green at jenreesources.com.

In town, if you find the egg masses on lawn furniture, siding, or garden features, simply wipe them up with paper towel and discard in the garbage. They’re far easier to control when the larvae are ¾ inch or less. When they get larger than this, insecticides aren’t as effective, and usually, by that time, so much damage has occurred that the area will need reseeded. Products with active ingredients such as bifenthrin or permethrin are effective and are options for both farmers for fields and also homeowners with lawns. Sevin is also an option for both. Kentucky bluegrass lawns may be able to recover from rhizomes regrowing in the spring. However, fescue and ryegrass will need intervention this fall for reseeding. An organic insecticide option is Dipel which will take a little longer to work, but is still effective on smaller larvae. For lawn situations, it’s important to water the insecticide product in the ground to get the granules off the leaf blades and into the soil.

Large grubs on concrete: Had several reports last week of large white grubs on concrete stairs, sidewalks, and driveways. They are really large, up to 1.5 inches. What’s interesting about them is they crawl on their backs! These are grub larvae of the green June beetle which is a large beetle that often sounds like it’s ‘buzzing’ during June and July. The adult beetle can cause damage to ripening fruits such as stone fruits and berries. However, the grub larvae are not a major turf pest, unlike other grub species. They feed on thatch layers and organic matter, but don’t really attack lawn roots. They make holes in the soil, so rain and irrigation will drive them out onto concrete.

Small Grains and Weed Control: Last week I mentioned considerations for wheat planting. Even if small grains aren’t taken for seed, they do a tremendous job for weed and erosion control, provide an option for grazing, and uptake excess moisture and nutrients (helpful in seed corn field situations). Small grains, particularly oats and rye, have been proven to help with reducing soybean pathogens such as fungi and nematodes causing SDS and SCN. I’ve been watching a couple side-by-side soybean fields in which one was planted green into rye and the other didn’t have rye. Even the farmer commented on it to me this week how the quarter without rye has senesced earlier and has problems with anthracnose and Diaporthe complex (including pod and stem blight) while the other is essentially disease free.

Wheat provides an option for both grazing and grain. Rye provides the best option for earliest green-up/growth in the spring and longest seeding time as it can be seeded into December. Triticale provides the most biomass, including for haying and small grain silage, but produces the latest into late May/early June. It’s too late to plant oats for the fall, but they are an option for the spring. All keep the ground covered from light interception penetrating the soil surface which allows weed seeds to germinate.

Researchers from K-State looked at marestail (horseweed) and palmer amaranth control from 2014-2015 in no-till soybeans at six locations in eastern Kansas. They also found the majority of marestail emerged in the fall (research from UNL showed up to 95% does). They compared five cover crop treatments including: no cover; fall-sown winter wheat; spring-sown oat; pea; and mixture of oat and pea. Cover crops were terminated in May with glyphosate and 2,4-D alone compared to a control of no herbicide use. Ten weeks post-termination, palmer amaranth biomass was 98% less in winter wheat and 91% less in spring oat compared to no cover crop and no herbicide control. The same cover crops were also compared to a no cover crop treatment where all received a May herbicide application of 2,4-D and glyphosate with residual herbicides of flumioxazin + pyroxasulfone (Fierce). With the addition of residual, there was no difference in palmer amaranth biomass in the no cover crop with residual herbicide and all the cover crop species where a residual herbicide was added. I share the Research Figure on my blog site which is incredibly visual and have shared it in pesticide trainings as well. To me, it so visually shares how well residual herbicides can work, which we’re aware of. However, what strikes me the most is how much work that residual had to do on its own to achieve the same control as a cover crop + residual herbicide. Adding the cover crop reduced the load of the herbicide alone and is another tool in the toolbox. It also shows how effective cover crops for weed control can be for organic systems if there’s a solid way for terminating them. I realize cover crops don’t fit every field or every situation. Just some considerations as we especially think of situations where planting a small grain this fall could be used for weed and erosion control and/or grazing. 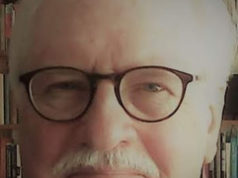