Crop Update: Grateful that in general (beyond seed corn), greensnap levels were lower for the widespread area compared to what we saw in 2020. It appears many fields with leaned plants have been working to right themselves with brace roots growing like crazy to help stabilize plants. Ear development on bent plants will be something to watch going forward. With plants bending in the wind instead of breaking, sometimes extra stress occurs where the ear is developing. Sometimes we see ear abnormalities and sometimes the ears are fine. With fields with severe bending, once the plant reaches tassel, it will no longer try to right itself and will switch to putting resources into the ear. For those with storm damaged fields who were originally planning on more nitrogen through the pivot, last year we took tissue samples to assess that need.

For fields with uneven development with plants ranging from vegetative stages to tassel, particularly storm damaged and uneven emerging fields, one needs to be aware that various adjuvants added to an insecticide and/or fungicide application pre-tassel can cause ear abnormalities.

So, the conversation with those at western bean cutworm thresholds with only portions of fields tasseling was to consider not adding the adjuvant (the same applies for those applying fungicide). I wasn’t sure how efficacy would be for different products without them (that would be a conversation for the chemical reps), but we know that adjuvants such as non-ionic surfactants can cause ear abnormalities when applied pre-tassel.

Also had several conversations regarding foliar fungicide applications. Fields have very low disease pressure right now with bacterial leaf streak being the most prevalent, and a fungicide won’t help with it. Gray leaf spot is very low in fields. Southern rust has been found in a few counties in mid- to southern- Kansas. It has not been found in Nebraska. You can view the tracking map at: https://corn.ipmpipe.org/southerncornrust/. Yield increases with automatic VT applications aren’t consistently proven in Nebraska. The following are fungicide timing studies conducted in Nebraska.

In 2020, Dr. Tamra Jackson-Ziems and her team did another fungicide timing trial at UNL’s South Central Ag Lab near Clay Center. Fungicides were applied at planting, R1, or R3. There were no clear yield differences between applying foliar fungicide at R1 vs. R3 for any of the products except Miravis® Neo. Sometimes a product didn’t show a difference between other products or even the untreated check. There’s a picture of the data at jenreesources.com. Hybrids vary in disease susceptibility (thus response to fungicide application). With last year being a heavy southern rust year, being able to wait till at least R3 (milk) to apply a fungicide provided some additional time for the residual to work when southern really came on. I know some had to apply a second fungicide application when they automatically applied at R1. That’s just tough from an economic and resistance management perspective, in spite of higher corn prices. Thus, why I recommend waiting until disease pressure warrants the application. The main ‘plant health’ benefit observed in Nebraska when disease pressure was low (ex. 2012) was stalk strength.

July 28 South Central Ag Lab Field Day will be held from 8:45 a.m.-4 p.m. (Reg. 8:30 a.m.), near Clay Center. For all those who’ve talked with me about planting green into rye, there’s an excellent study by Dr. Amit Jhala and grad student Trey Stephens. They compare the same herbicide program with rye termination 2 weeks prior to planting or 2 weeks after planting in both corn and soybean. It was really interesting to visualize the differences in May and I’d encourage anyone interested to take a look at this now in July. Additional topics include disease, insect, and nutrient management, cover crops, and irrigation. You can RSVP at https://enrec.unl.edu/2021scalfieldday 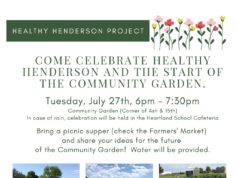 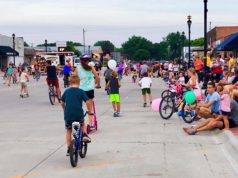