Nitrification Inhibitors: For the next several weeks I will share data from on-farm research studies. Nitrification Inhibitors are best thought of as an insurance policy against loss of applied ammonium-based fertilizer due to excess rain in the first month or so after fertilization. For spring applications, some active ingredients have been proven by research to slow the conversion of ammonium to nitrate for at least two weeks, with a range of 1-6 weeks, depending on soil temperature. They are one tool (not a silver bullet), when used at right place and time, for aiding in nitrogen management. To summarize the research below, nitrification inhibitors are less likely to have a significant impact on increasing yield and reducing nitrate leaching in silt loam and silty clay loam soils as compared to sandy soils.

An ongoing study at UNL’s South Central Ag Lab (SCAL) near Clay Center is conducted on silt loam soils, common in the UBBNRD. The majority of the study at SCAL compared Spring pre-plant anhydrous vs. side-dress application with and without the use of nitrification inhibitor N-Serve® (nitrapyrin). A yield increase due to nitrapyrin applied pre-plant was observed in 6 of 28 years with a mean yield change of 2 bu/ac/year. Only 1 of 28 years was a yield increase observed when nitrapyrin was applied in season during side-dress application with a mean yield change of 0 bu/ac/year. In this study, they found delayed side-dress N with nitrapyrin could reduce plant N uptake and release N too late, thus it is not recommended to add an inhibitor to nitrogen applied in-season.

In 2020, four farmers (3 in York Co. and one in Fillmore Co.) conducted on-farm research inhibitor studies. These studies were in partnership with the UBBNRD. Soil samples for ammonium and nitrate concentration were taken around 6 and 9 weeks post-application based on the protocol provided. Note: with these being inhibitor focused studies, future protocols will have soil tests taken closer to application. With farmers interested in what nitrogen distribution in the profile looks like in the late season, we will also sample then.

At York location 1, 150 lbs N as anhydrous was applied in the fall and spring with and without Centuro®. Soil tests in early May showed less total nitrogen in the third foot for the Spring anhydrous with Centuro® compared to Fall anhydrous with no inhibitor. There were no yield differences between treatments in 2020 (Fall and Spring check yielded 269 bu/ac, Fall with Centuro® 267 bu/ac, Spring with Centuro® 270 bu/ac). This study will continue. The other three locations had yields impacted by the July 9, 2020 wind event. At the Fillmore Co. location, 115 lbs spring applied 32% UAN with and without Instinct® II was compared. There was less nitrate and total nitrogen in the Instinct® II treatment at 2nd and 3rd foot vs. the check and there were no yield differences (both yielded 213 bu/ac). At the York 2 location, four products were compared (44 gal. spring applied 32% UAN as a check compared to the check plus either ammonium thiosulfate (ATS), Biovante™, or Instinct® II. The UAN+ Instinct® II had less nitrate and total nitrogen in the 3rd foot than the UAN+ Biovante™. The UAN+ATS treatment yielded significantly more than the check (215 bu/ac vs. 209 bu/ac) with no differences amongst the other treatments (212 bu/ac each). At the York 3 location, 45 gal spring applied 32% UAN was compared to a producer-developed concoction containing humic acid, sugar, and ATS. There was more nitrate, ammonium, and total nitrate in the inhibitor concoction than the check at the 3rd foot with no yield differences (220 bu/ac check vs. 221 bu/ac inhibitor concoction). These and other Nebraska on-farm research studies will be presented Feb. 25-26 both virtually and in-person. You can learn more and register here: https://go.unl.edu/h83j. 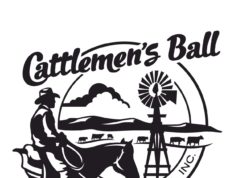 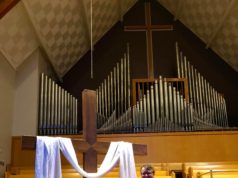