“Personalized Banking to Meet Your Needs”

Since 2006, Henderson State Bank has grown from one location to five locations: one in Henderson, two in York, and one each in Giltner and Greeley. The number of employees has also grown from around 15 to 48 full time equivalent employees. Most of the growth for the bank in these past years has been in agriculture related areas including agriculture lending for row crop inputs, cattle, and some machinery loans.

Henderson State Bank was the first corporate sponsor for Heartland Beat in 2011.

“We were impressed with the unique business model presented by Taylor Siebert,” said current bank president, Kevin Postier. “This was a great opportunity for the bank to sponsor new technology, as well as to be a part of a new business that was looking to help the school and the community share their story.” At the time, the main sources of story-sharing for this new business was in the form of the online news source, Heartland Beat, and through live-streaming of sporting events at Heartland Community School.

Along with their support to the venture that would later come to be named “Striv,” Henderson State Bank has also contributed to the health of the community through donations to Henderson Health Care—most recently to its new Care Center Campaign, to the golf course, and to the new baseball/softball fields a few years ago. They also give to community youth through sponsorship in summer leadership events as well as offering 4-8 scholarships to graduating seniors in the amount of $1,000 each. “It is important in rural communities that banks are supportive of community projects,” states Postier. “We don’t give support just to have a plaque with our name on it, but to help promote community.”

When asked why community members should bank locally, Postier mentioned various reasons. First, in doing so these customers are able to partner with the bank in giving back to the local community through the aforementioned sponsorships. Additionally, banking locally provides jobs which helps to keep the town thriving. “It’s important to invest where you live.” 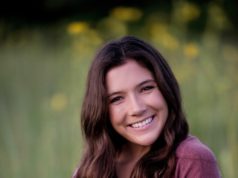 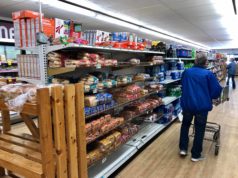 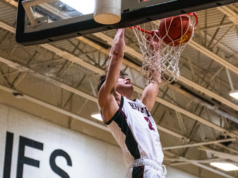