Farm Finance Clinic Sites and Dates To sign up for a clinic or to get more information, call Michelle at the Nebraska Farm Hotline at 1-800-464-0258.

Crop Updates:Â  Soybeans are flowering and corn ranges from late vegetative stages through tasseling.Â  The humidity is allowing non-irrigated corn and soybeans to hang on while waiting for much needed rain.

Thereâ€™s been a lot in the news about dicamba drift and unfortunately now the recent ban of this product in Arkansas and Missouri.Â  Itâ€™s another tool in our toolbox and Iâ€™ve been impressed with how well it took out palmer and waterhemp in corn fields this year.Â  This past week was spent viewing concerns where soybeans are experiencing puckered leaves, cupping, and sometimes the leaf tips have a white appearance.Â

Itâ€™s important to investigate what is causing the leaf injury in the soybeans and not automatically blame dicamba.Â  There are other causes such as other herbicide modes of action, viruses, soybean aphids, even environmental that can cause soybean leaves to cup.Â  This publication from Wisconsin goes through some other options to consider:Â  http://ipcm.wisc.edu/download/pubsPM/dicamba2004.pdf.

Weâ€™ve utilized dicamba as a product in corn for years and in the past, my experience with its injury to soybeans was via true drift to endrows, swale patterns, or tank contamination.Â  Iâ€™ve never seen anything like this before where entire soybean fields are affected or where the effects go on for miles.Â  From everything Iâ€™ve looked at, it appears to go back to dicamba applications to corn back during high heat in early June and over the June 10-11 weekend.Â  Some have been confused why lower soybean canopies appear fine while upper canopies are showing symptoms of a growth regulator damage. Â  Dicamba injury symptoms on soybeans will show up 7-14 days post application.Â  Most fields with damage showed 4 trifoliates affected at the time I looked at them.Â  Walking back in time, UNL research shows a new node is produced every 3.75 days.Â  Multiply this by 4 trifoliates = around 15 days ago that symptoms began appearing and then add on another 7-14 days for when the dicamba was sprayed to corn before symptoms appeared.Â  This leads us to the time a lot of corn applications were being made to V6-V10 corn in early June when we also experienced high heat.Â  I havenâ€™t dug into the weather data enough yet to see if conditions may have allowed for temperature inversions or increased volatility.Â

So how will this affect yield?Â  I really donâ€™t know.Â  In the past, we could compare yield data from affected and non-affected portions of fields, but that isnâ€™t an option when whole fields are affected.Â  Iâ€™ve shared this before, preliminary Nebraska data shows more yield loss from dicamba injury to non-dicamba soybeans during the vegetative stages with similar yields to dicamba tolerant beans when damaged during the reproductive stages.Â  Illinois, Missouri, and a meta-analysis by Penn State all show soybeans recover better upon dicamba injury in the vegetative vs. reproductive stages.Â  Most farmers Iâ€™ve talked with so far are taking a wait and see attitude as thereâ€™s not much we can do about it.Â  Some are irrigating to reduce stress.Â  Ultimately we will continue to wait and see what happens.
Â Â  Â
Earwigs:Â  The past few weeks a number of people have asked for identification of an insect that looks fairly intimidating, but is actually harmless to humans.Â  Earwigs live in moist places with high levels of organic material.Â  They feed on living and dead plants and animals.Â  Cracks in basement foundations and lack of proper seal around windows and doors can allow them entry into homes, particularly in basements, laundry rooms, and bathrooms where there is moisture.Â  Caulking all cracks and sealing around windows and doors is one way to prevent their entry into the home.Â  They donâ€™t reproduce within the home and are harmless to humans; they can be managed by vacuuming.Â  Traps such as rolled up newspapers or tuna cans with a shallow amount of oil can be used to capture earwigs in garden areas.Â  Soapy water will kill them.Â  Thereâ€™s also a number of insecticides labeled for earwigs if you read the label and see them listed on it.Â  For more information, please see the following resource:Â  http://lancaster.unl.edu/pest/resources/358Earwigs.pdf.

Bagworms in Evergreen Trees:Â  If your evergreen tree has suddenly turned brown or appears to be dying, be sure to check for bagworms feeding.Â  Theyâ€™ve been a culprit on several recent homeowner calls.Â  I did the following blog post a few years ago to show you what early bagworm feeding looks like since so many resources only show mature bags.Â  They are very small so you need to look closely right now!Â  The YouTube video within the post shows slight movement which is an indication of bagworm activity: Â  https://jenreesources.com/2015/06/27/bagworms-in-evergreens/.Â  Â Products containing bifenthrin or permethrin irritate caterpillar larvae causing them to come out of the bags and be exposed to the pesticide. Â There are a number of other management options available. Â Additional information can be found here:Â  http://nfs.unl.edu/documents/foresthealth/bagworms.pdf. 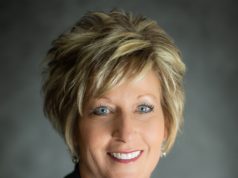