Home Events Henderson Community Days will be a Super Weekend

Itâ€™s a bird! Itâ€™s a plane! Itâ€™s a Super Hero weekend during Hendersonâ€™s Community Days.Â Grab your cape and head to Henderson on July 8, 9, and 10 with games and activities for all ages.Â

This year many new activities have also been added to the list including: a Harold Lloyd silent movie, a rock the block street party, kids games hosted by the Heartland FFA, and two free concerts.Â Henderson High School Alum, David Epp will perform with his band Enigma on Friday after the Chamber Beef BBQ andÂ the String Beans will perform Saturday morning.Â After the parade, bring your car, truck, jeep, or motorcycle to the Poker Run which will start at Hiebner Body Shop and will make three stops before returning to Henderson.

Get ready for a super weekend at Henderson Community Days, July 8, 9, and 10 in Henderson.Â For a complete list of events and registration forms visit www.HendersonNE.com or contact the Henderson Chamber Office at (402) 723-4228. The 2016 Henderson Community Days celebration is produced in part by grants from the York County Visitors Bureau (YCVB) and the Nebraska Arts Council. 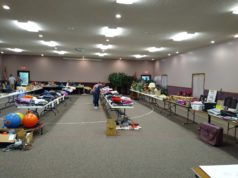 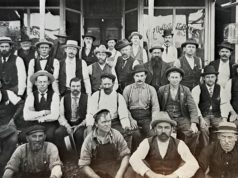