A replica of the original Henderson Railroad Depot is being built at the Henderson Mennonite Heritage Park.Â  Itâ€™s an important missing piece in the completion of the park and will hold much history about the early settlers and their arrival.

The completed building will measure 74â€™ x 22â€™ and will be a replica of the Burlington & Missouri River Railroad Depot that was first located on Front Street in Henderson just east of the school.Â  It is located at approximately the same diagonal similar to how it was situated along Front Street.Â  Hiebner & Friesen Construction is building the structure and they have already begun shingling the roof.

The building will be used as a museum and education center housing not only railroad memorabilia but will also feature an irrigation display.Â  The Tourism Committee is seeking any railroad artifacts that could be included in the depot. 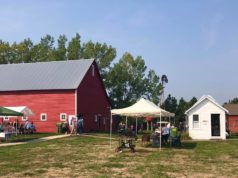 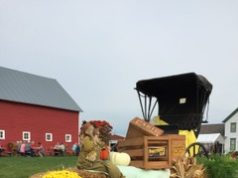 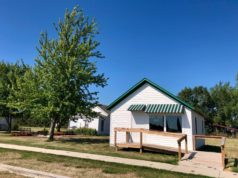