Huskie boys and girls hoped to start the season differently, winning only one of four games combined, but there is plenty of time to turn things around and both teams have a lot of talent to work with.

It proves difficult to start the season on the road and the Huskies had that task.  Friday night, both teams played at Wilber-Clatonia.  The girls played strong and brought home a 32-21 victory with sophomore, Mikaelyn Dick leading the scoring having twelve points.  The team was quick on defense and worked hard to get some good looks at the hoop.  The team is young this year and with the speed and height they have, there is a lot of promise on the season.

The Huskie boys came out strong on Friday against the preseason #8 ranked Wolverines.  They fought back from an 11-4 deficit to tie it at 17-17 with the help of Spencer Friesen, the Huskie’s leading scorer, who rounded out the night with 11 points.  The Huskies held tough in the first half, but with a bit of early foul trouble and an injury to Jesse Nissen in the second half, the Huskies could not bring home the win.

Both girls and boys played afternoon games Saturday against Twin River.  The difficulty adjusting to the early game times and the depth of Twin River deemed too much for the Huskies and both teams were dealt a loss to the Titans.

Although the weekend was difficult, the Huskies have plenty to look forward to.  Both teams have promising seasons this year and it will continue with a full week ahead.  Tuesday, the teams face Harvard at home and will be at Sandy Creek on Friday.  They will finish out the weekend with Hampton at home on Saturday.  Go Huskies! 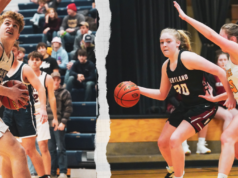 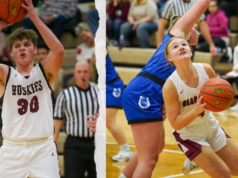 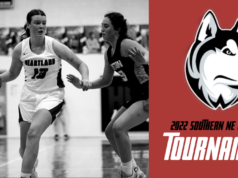