Heartland Junior High and High Schools’ Chorus and Band took the stage Tuesday night to celebrate the reason for the season in this year’s Christmas Concert.

The night started with the Mixed Chorus, directed by Mr. Lynn Hall, singing “Sing Gloria” from both sides of the theater before bringing their harmonies onto the risers.  The Chamber Singers also performed and can be seen Christmas Eve and Christmas Day on NTV.  They had previously gone to NTV studios along with the Brass Choir and recorded performances that will air the 24th and 25th.

The Concert Band, directed by Mr. Royce Schweitzer, performed the traditional “Noel” as their first of three pieces. A show of hands was presented in the theater of how many in the audience had sat on stage themselves to perform this piece, and quite a few hands were raised.  The Concert Band finished with “Deck the Hall” and “Hanukkah.”

The night was filled with beautiful sounds from very talented and well-directed students.  A reception with goodies and fellowship concluded the night.

See the full gallery on Posterous 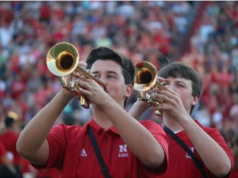 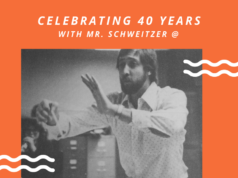