Like many high school seniors, Don Norris didn’t know what he wanted to major in at college. His interest in Pharmacy came about through the recommendation of a relative. Norris received his undergraduate degree in Pre-Pharmacy from the University of Nebraska at Lincoln and earned his Pharmacy degree at the University of Nebraska Medical Center. His first job as a Pharmacist was in St. Paul, Nebraska, where he met his wife, Teresa.

The Henderson HealthMart Pharmacy currently has a staff of nine. Randy Baldwin from Sutton and Don Norris work as licensed Pharmacists. Four certified staff work as licensed Pharmacy Technicians and three people, including Teresa Norris, work as clerks. Teresa is in charge of the “front” of the store, making sure it is stocked with essential non-prescription items and great options for gift-giving or household decorating. Many a birthday gift has been purchased at the Henderson HealthMart Pharmacy over the years, including some unique children’s gifts.

Norris has seen many changes in the Pharmacy industry since 1977. “A Pharmacist is expected to do more than just dispense medicine.”  Much of his and Randy’s time goes into taking care of people. “We are often the first line of defense,” states Norris. Many people ask questions of a Pharmacist before opting to go to the clinic.

Pharmacists also manage what is known as MTM or Medication Therapy Management. This is a government-mandated program for pharmacies available to persons who qualify through Medicare. The Pharmacists provide extra services to those in the program by monitoring their drug therapy and making sure they know what medications they are taking and why.  “We also offer vaccinations now which is something we didn’t used to do.” says Norris.

Much of the fall is taken up by doing Medicare Part D reviews. “We (pharmacists) help our clients by looking at insurance offerings coupled with the medications they take to find the insurance plans that best work for each individual.”

While these extra requirements take quite a bit of time, Norris says that it’s rewarding to help people, which is what a pharmacist strives to do. Having licensed technicians that can fill prescriptions helps free up time for the pharmacists to complete the other requirements. However, each medication that is dispensed is looked over by a pharmacist before it goes out to the customer.

The Pharmacy Staff appreciates their customers and is sensitive to the extra inconvenience during this time of restrictions due to Covid-19.  In order to keep patrons and staff safe, they have instituted a drive-up service. Please call the pharmacy at 402-723-4475 when you arrive and a staff person will bring your medication out to you. They also offer delivery to places such as the Care Center and to customers who are unable to leave their homes.

We are thankful for the service of Henderson HealthMart Pharmacy and its dedicated staff for the past 37 years and look forward to continuing to partner with each other for many years to come. 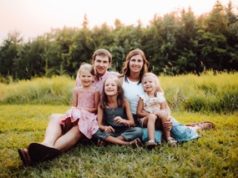 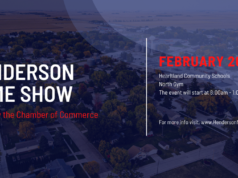