The Heartland Marching Band will participate in their first parade of the school year this Saturday, September 17, at the AppleJack Festival in Nebraska City. The parade will begin at 1:00 p.m. on Central Avenue at 16th Street. Heartland will be in the middleÂ of the parade as they are #42 out of 82 total entries.

The band will also compete at Harvest of Harmony in Grand Island on Saturday, October 1.

You can learn more about the Applejack Festival here:Â http://gonebraskacity.com/festival/apple-jack-festival/ 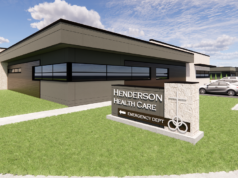 Henderson Health Care Presses On with Master Plan for Expansion