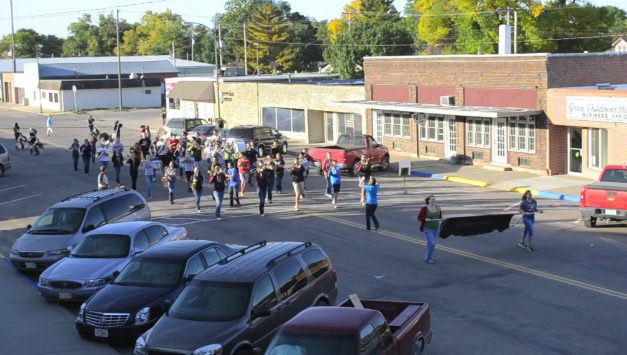 This week HeartlandBeat.com had the opportunity to get some unique film footage from a different outlook of the Heartland Marching Band, thanks to the Henderson City Hall. Â This week the Heartland Community School Marching Band practiced very hard in preparation for the 2011 Harvest of Harmony Parade in Grand Island.

If you are planning on attending this year’s parade you can watch for Heartland as they will be the 113 entry and scheduled to check-in at 8:50am. Â If you are unable to go don’t worry because we’ve got you covered. Look for photos and video on our site next week from the Parade.

The Heartland Marching Band practicing on Main Street in Henderson preparing for the 2011 Harvest of Harmony Parade in Grand Island this weekend. 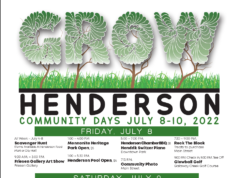