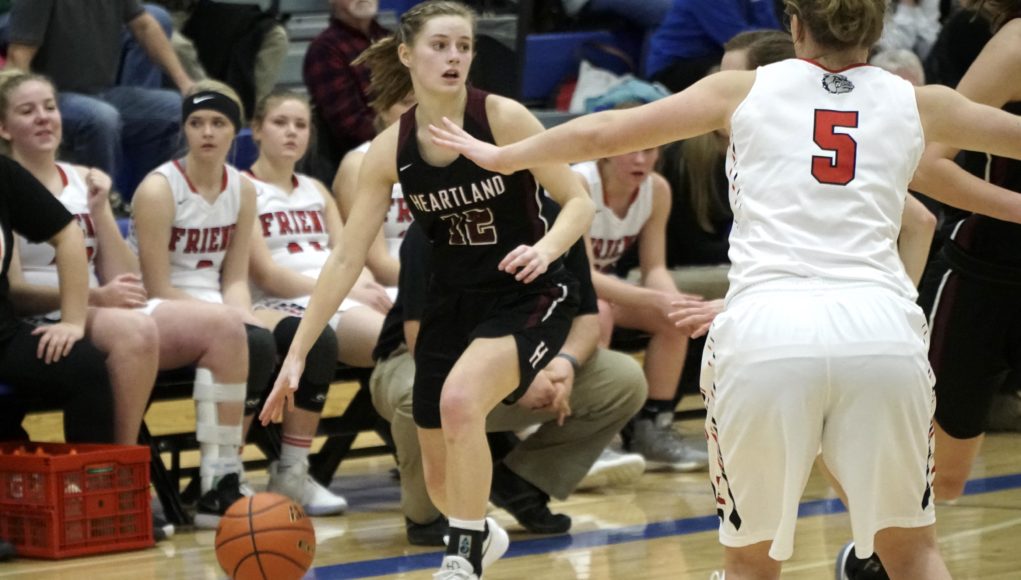 It was a thrilling 32 minutes of girl’s basketball at Centennial last night as our Heartland Huskies took on #1 seed in the Sub District Final, Friend Bulldogs.

The Huskies had a game plan to start intense and stay that way and they executed quite well as the final buzzer sounded and they were victorious 49-44.

Leading the way on the court was Kate Bergen with 22 points and too many clutch plays to list. Another playmaker last night was Senior, Taylor Quiring who added 19 points, which, unannounced to her, included hitting 1,000 career points! What a game to do that in.

The rest of the team were poised and played hard defensively and offensively. What a fun game to watch! If you missed last night’s game, don’t miss the girls as they move onto District finals and a chance to move their season into the Girls Basketball State Tournament.