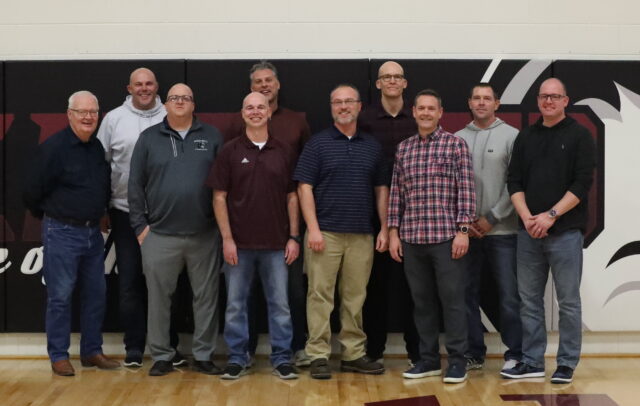 The Henderson High School 1992-93 boys’ basketball team was honored at Heartland’s home basketball game on Saturday, January 7th. It’s been 30 years since this team posted a 17-5 record and went on to make an appearance in the C-1 State Tournament.

The 1992-1993 team had standout players who received recognition from the Omaha World-Herald and the Lincoln Journal Star. The World-Herald named Rodney Peters, who averaged 18.7 points per game, to the first team, while the Lincoln Journal Star placed him on the second team. Both publications recognized Nate Thomas, who averaged 15 points per game and 11.2 rebounds per game, as an Honorable Mention All-State.

The overflowing Heartland crowd gave a great round of applause, honoring these Henderson alumni for their outstanding legacy and commemorating their 30th anniversary.